Wandering the streets of Dingle Ireland, I happened upon a shop window reminiscent of an antique/junk shop in America, upon entry I was pleasantly surprised to find a pub. An almost magical pub called Dick Mac’s. A space forgotten to time, known for its Guinness on tap on one side and leather goods and shoe repair on the other side.

Originally known as a “Spirit Grocery”, it was a multi trade pub and a common sight in Ireland, but now almost extinct with a few found mainly in remote counties such as Kerry and Tipperary. 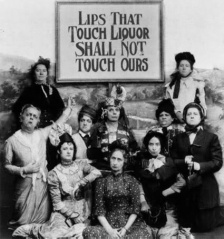 During times of the temperance movement in the 19th century, Publicans (pub owners) were faced with angry wives and a church led movement resulting in a declining clientele. Diversifying their offerings to stay afloat, pub owners installed floor to ceiling wooden shelves opposite the bar and began offering goods such as grocery, hardware, clothing, and general supplies. Many also offered the service of pub/undertaking…. sizing up the customer took on a whole new meaning in these particular establishments. I’ve heard a Pub/Undertaker is still serving up pints and coffins in Tipperary and will be putting it on my list of stops….for the pint only of course. Dingle has held on to three such “Spirit Groceries”, still in ownership of the original family in trade and though still selling bits and bobbles during the day the pints are always on and usually the top seller.

When you journey over to Dingle, you must stop in for a pint and a chat with some of the  friendliest locals yet at Dick Mac’s Haberdashery & Bar, J. Curran’s Shop & Bar (still selling men’s clothing, Wellies and riding gear), and Foxy John’s Bar & Hardware (order your lawnmower parts, get your nails and wall brackets, or rent a bike)

I never thought I’d be sipping a pint in a hundred year old hardware store while sitting between the rat poison and the spring potato starts, but you’ll never know what enchanting place you might find yourself unless you allow yourself to wander a bit….

Here is a little video mix of my “sips” back in time inside these Spirit Groceries of Dingle my awesome son Sam of Pabusila Studios, edited for me. 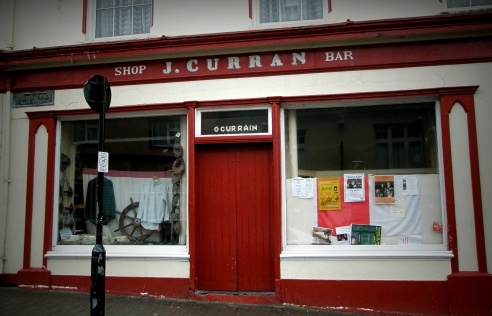 The pints were cold but the whisky was Gold! …. Dingle Gold to be exact. I must admit i’m not a great lover of Irish Whisky, Single Malt Scotch has my heart. But when in Rome..or Dingle, one must not miss the chance to sip on the new local distillery’s tasty libations. 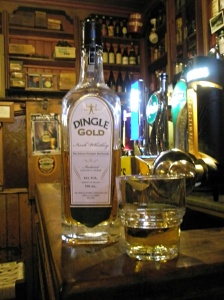 Dingle Distilling has a recent yet bit confusing past that ill just reccomend you read more at their website, but what they are offering is unmistakably well done. I sampled one of the few bottles (supposedly the only bottle to be currently found in Dingle as the next batch is awaiting bottling) at Dick Mac’s. Dingle Gold Whisky was smooth and sweet on the start, with a hint of sea air and vanilla on the fringes and a very slight earthy warmth on the way down. It would be a perfect “starter” whisky for a newbie and one I would enjoy for the spring or fall best. The next evening I also sampled the Dingle Gin and was again pleasantly impressed! From the first taste upon my palette I could sense the fragrant and flowery edge with an herbal/fir heart, smooth and almost a crime to “cut” with tonic or soda. If Dingle Gold Whisky, Gin or Vodka washes up on your shores, don’t pass by this superb taste of Ireland.

There was an error retrieving images from Instagram. An attempt will be remade in a few minutes.